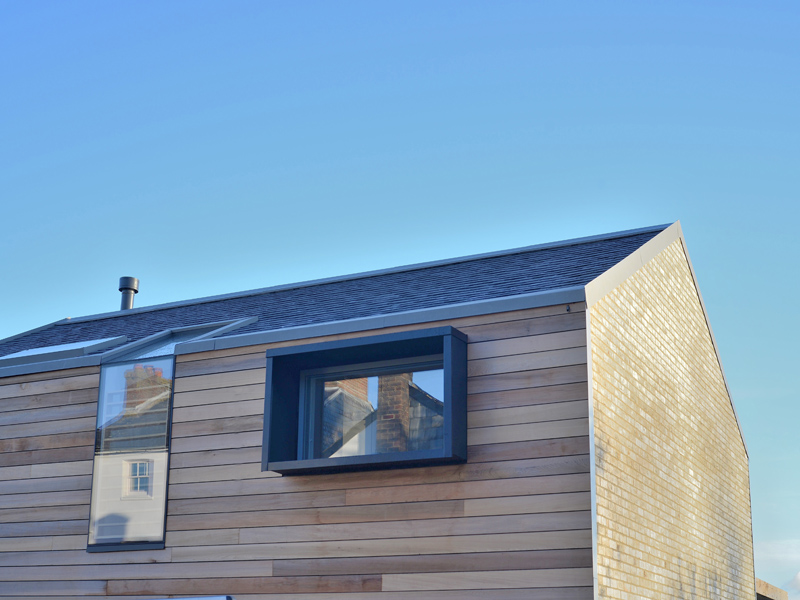 Within a Conservation Area, New Build

Project: New build house and garden to replace a dilapidated light industrial unit, located in the conservation area of Lewes. Client: Private Architect: BakerBrown Studio Limited Structural Engineer: IE Engineers Interior Designer: Chalkspace Landscaping: BakerBrown Studio Limited Contractor: Brian Huntly Builder Ltd Construction Value: £330k Total Floor Area: 121m2 This new 121m2 three-bedroom, two-storey dwelling replaced a single storey storage structure on an extremely tight and ancient site in Lewes, East Sussex with demanding technical and planning constraints. It was carried out for repeat clients but unlike their previous briefs, this project was carried out as a speculative development and so the financial parameters were also heavily constricted. The result is a very compact design with some innovative features to overcome the front and rear facing overlooking issues and excellent attention to detail. Despite its compactness, it has been complimented for the light and open feel and by making the new footprint smaller than the original, a discrete rear garden space was created. Thanks to the enlightened approach of the Clients, the integrated photovoltaic roof was kept in the build and along with a thermally efficient envelope this should help afford the future occupants something close to cost neutral energy bills and near carbon neutral performance. Because of a long-standing relationship with the Client, the architects were afforded a relatively free-hand in setting the architectural response. This included careful detailing and excellent standards of execution. Notable points include the stair with its combination of metal work and oak joinery, the neatly recessed meter boxes and the routered nameplate formed in the front façade. The Contractors, Brian Huntley Builders should also be commended for the deft handling of neighbours, who were unavoidably effected by the proximity of the build, and the ingenuity they deployed in managing such a tight site compound. In the early stages of the build they also had to carry out excavations with an archaeologist on hand but luckily only minor changes to the substructure were required. Many locally believed a new house on this site was not possible, that something was built here which was remarkable. BB’s approach to the energy strategy was to exploit the ‘solar aperture’, which for a tight urban plot was surprisingly open. An early decision was to rotate the ridge line 90º to that of the original structure to suit a photovoltaic roof (rated 2.4kW peak). Unusually for a speculative residential project the PV BB managed to retain an ‘integrated’ system which was far more suited to the visually sensitive setting off Southover High Street. Passive solar gains were also built-in by including generously sized glazing on the southern façade. To protect against overheating the first floor ribbon windows were set back within a deep reveal to catch the low angle winter sun but provide shade from the high angle summer sun. A pergola does a similar job for the ground floor windows. Knowing that this was a speculative project, BB had to work hard on the external envelope to deliver a thermally efficient solution for a commercially realistic build rate. The following u-values were achieved for the key elements: Ground bearing slab: 0.11 W/m2K, External walls: 0.15 W/m2K and Roof: 0.11 W/m2K With mains gas available, BB went with the pragmatic solution of a gas fired condensing boiler with a mechanical ventilation system with heat recovery. A wood-burning stove provides an alternative form of space heating on cold winter days. The materials palette aimed at finding a contemporary language that pertains to the place of Lewes with its famous mix of timber, brick and slate as well as concentrating on the carbon locking potential of timber for the majority of the superstructure. The specification adopted a responsible and pragmatic approach to sourcing and minimising environmental impact. 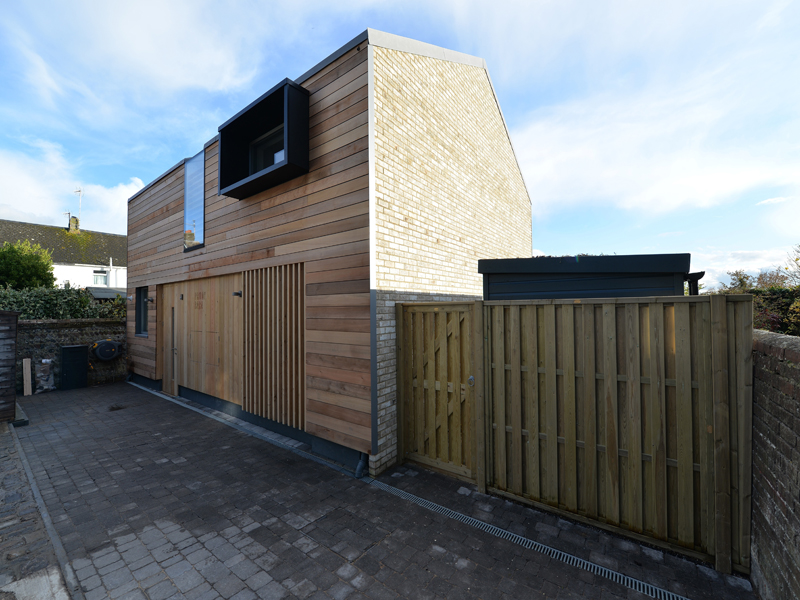 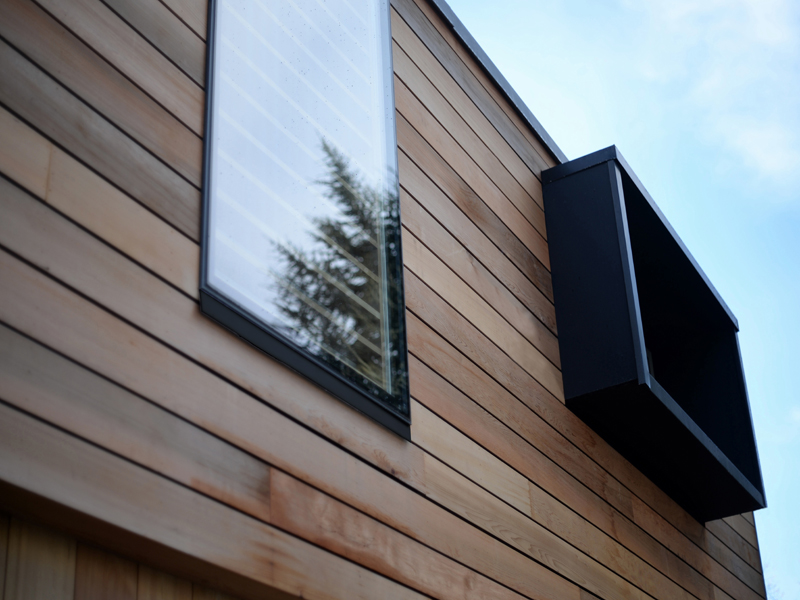 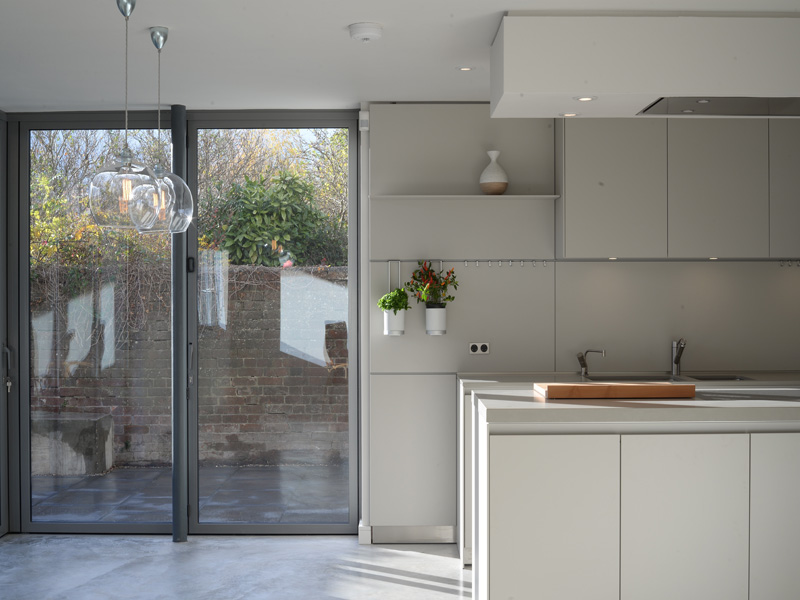