On a site in Hoxton, where the historic context was lost decades ago, a purpose built single occupier retail space stands in stark contrast with the quality of the historic mixed-use, terraced buildings, which are forming a coherent streetscape. The proposal for a new mixed-use development aims to rectify these clear defects of the underused site. The retail space is being retained on the ground floor level, with a partial basement added for the purposes of retail storage. Two stair and lift cores serve a mix of well oriented residential units set over 3-4 upper floors. The appearance of the building is modern, with contemporary brick features. The overall building volume is split visually into several different blocks, resembling those of the historic terraces. The distinct brick features and recesses for terraces and balconies at front and rear create a clearly defined urban space, dual aspect orientation of each flat. Some of the flats have access to ample roof garden space, which visually softens the appearance of the new building volume for the views from higher buildings surrounding the site, and addressing the increasingly important issues of sustainability and surface water storage within the flat roof vegetation. The main roof above the third floor is being used for the installation of solar panels allowing relative independence of the future occupiers from the energy providers for electricity. 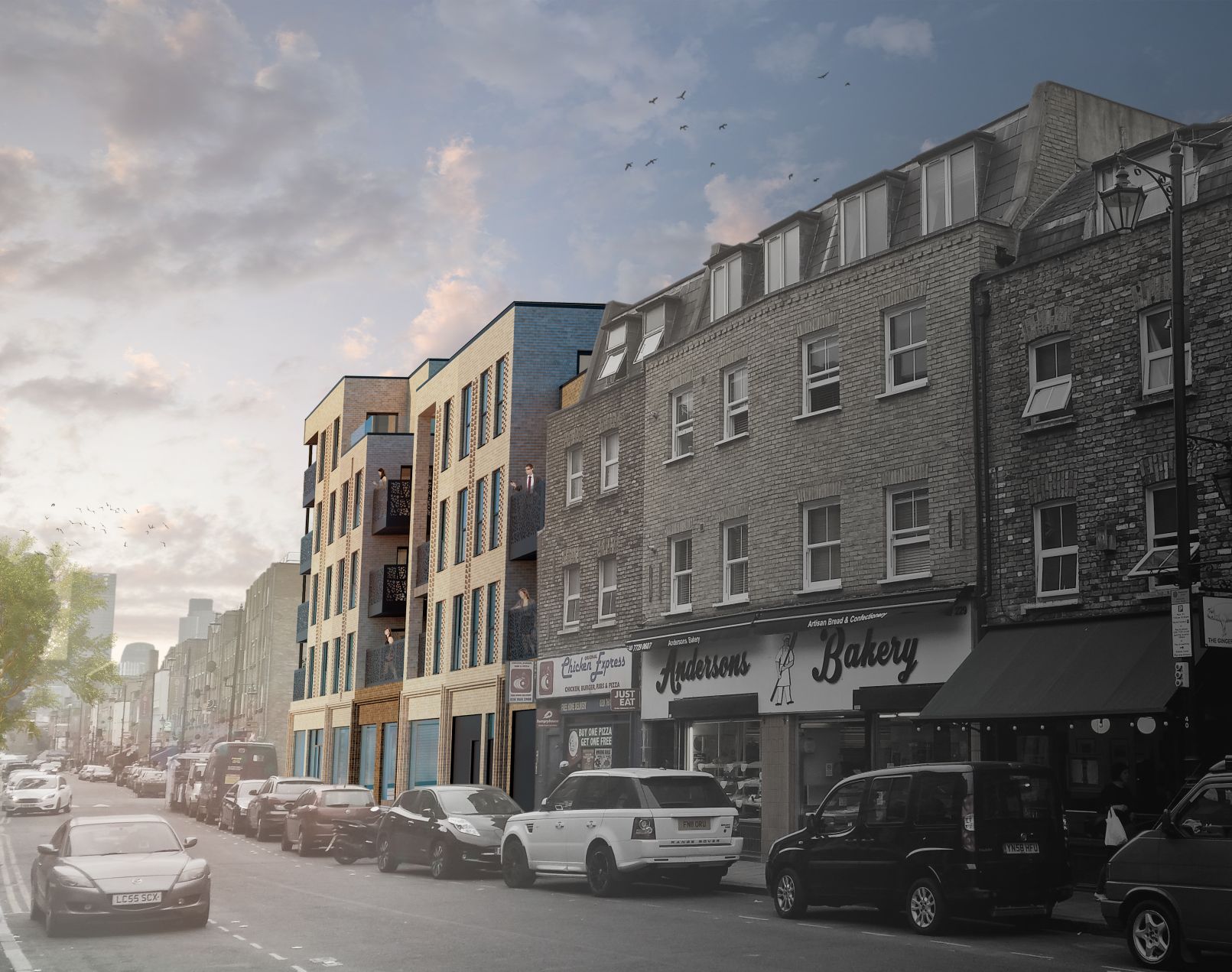 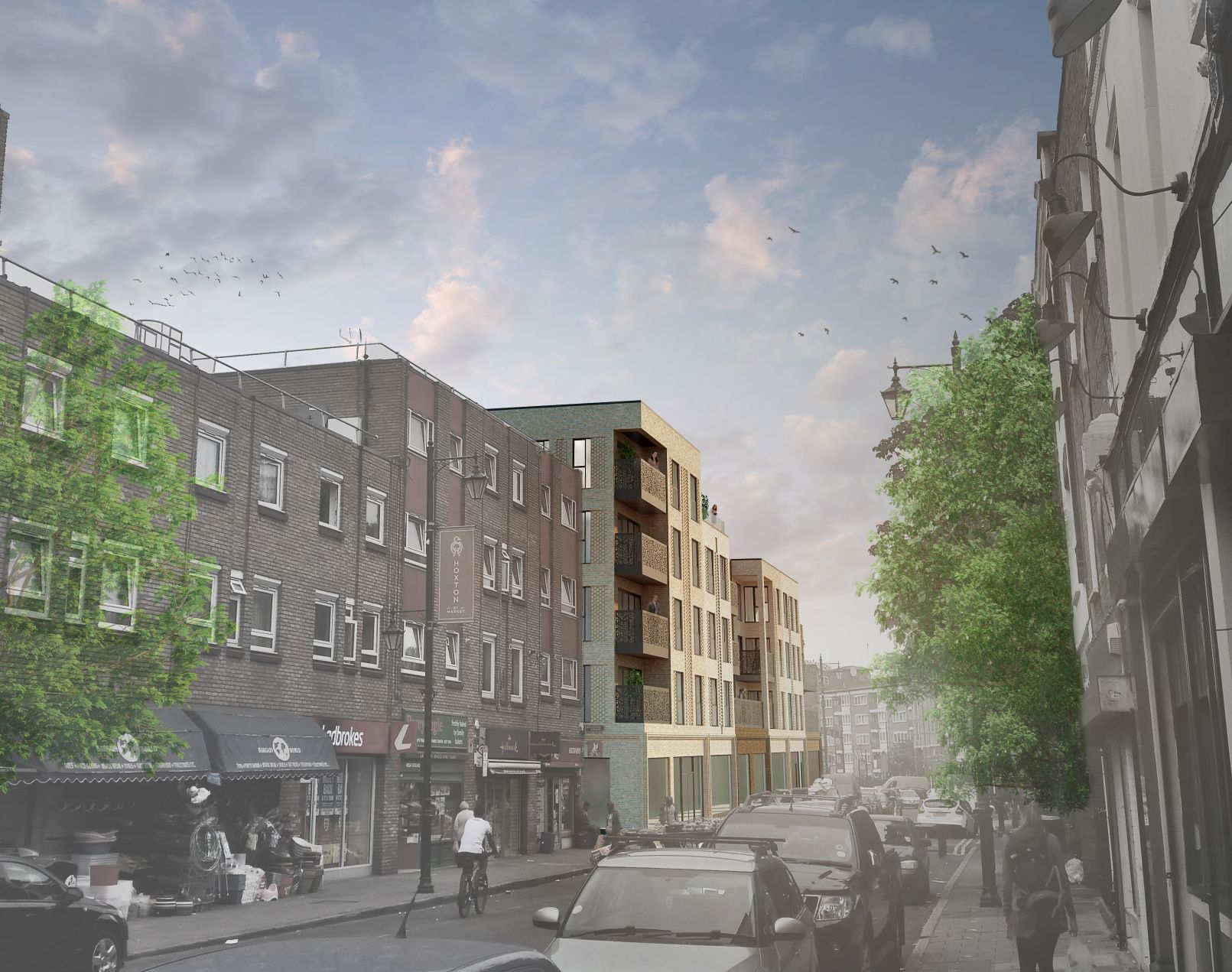 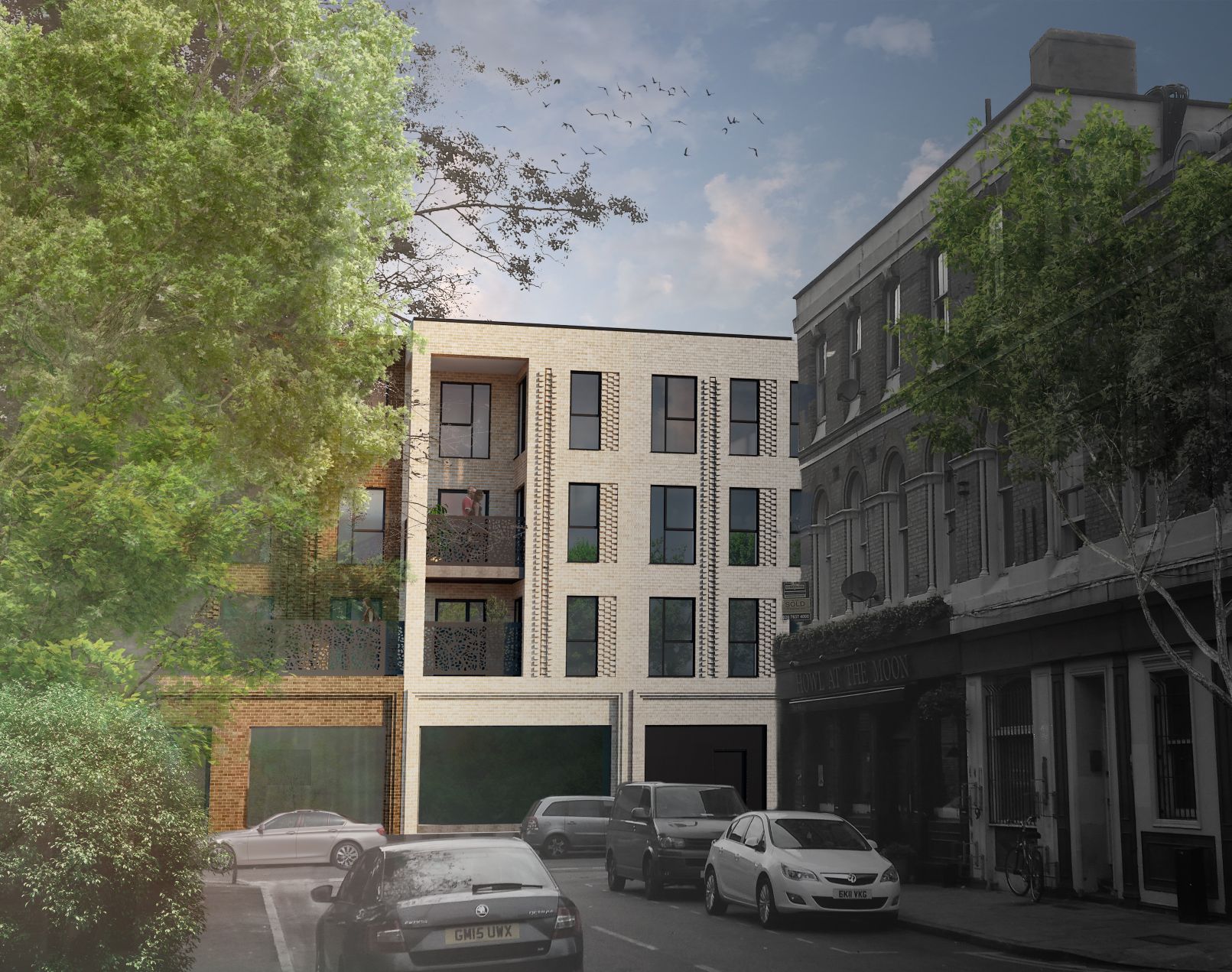 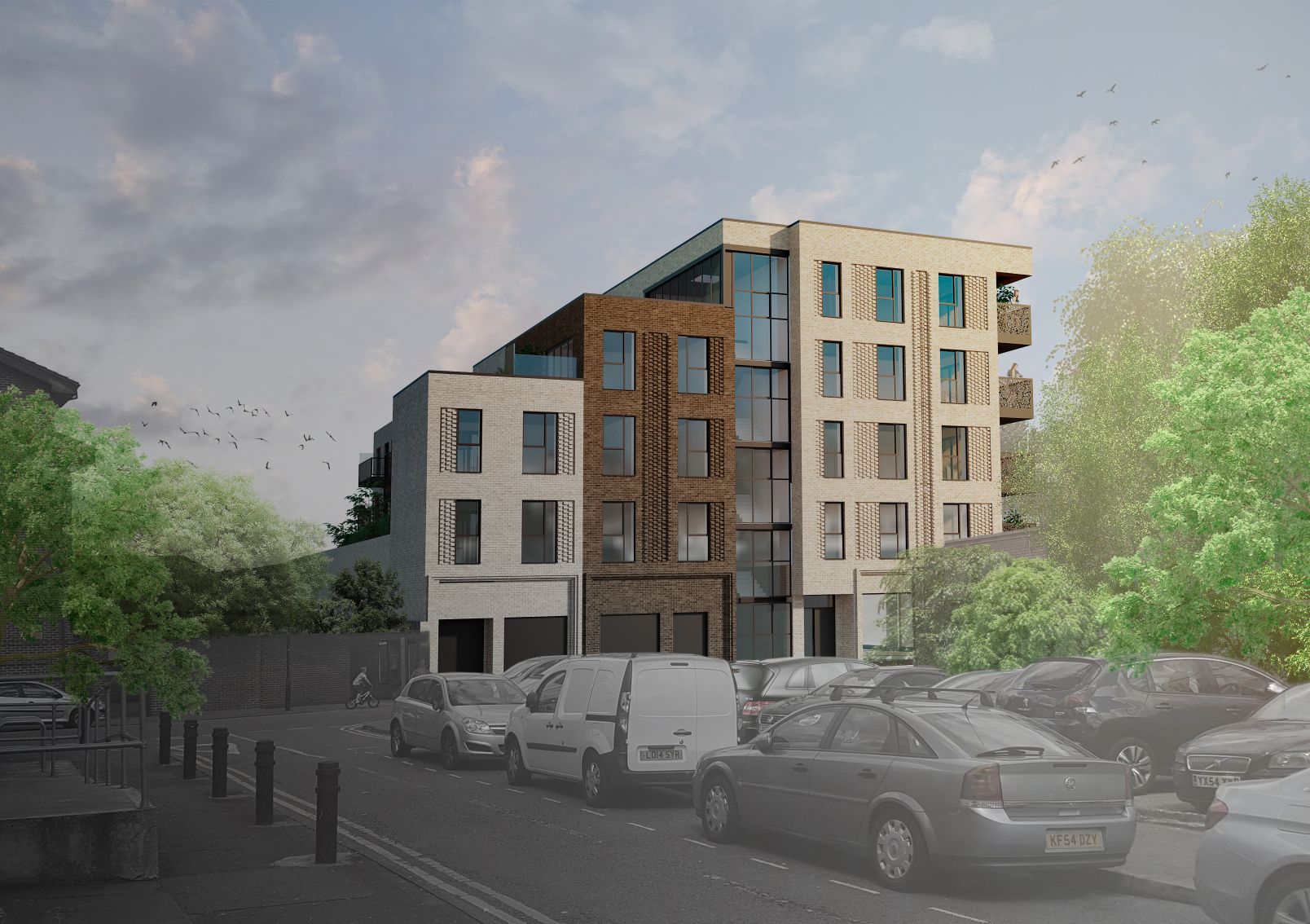