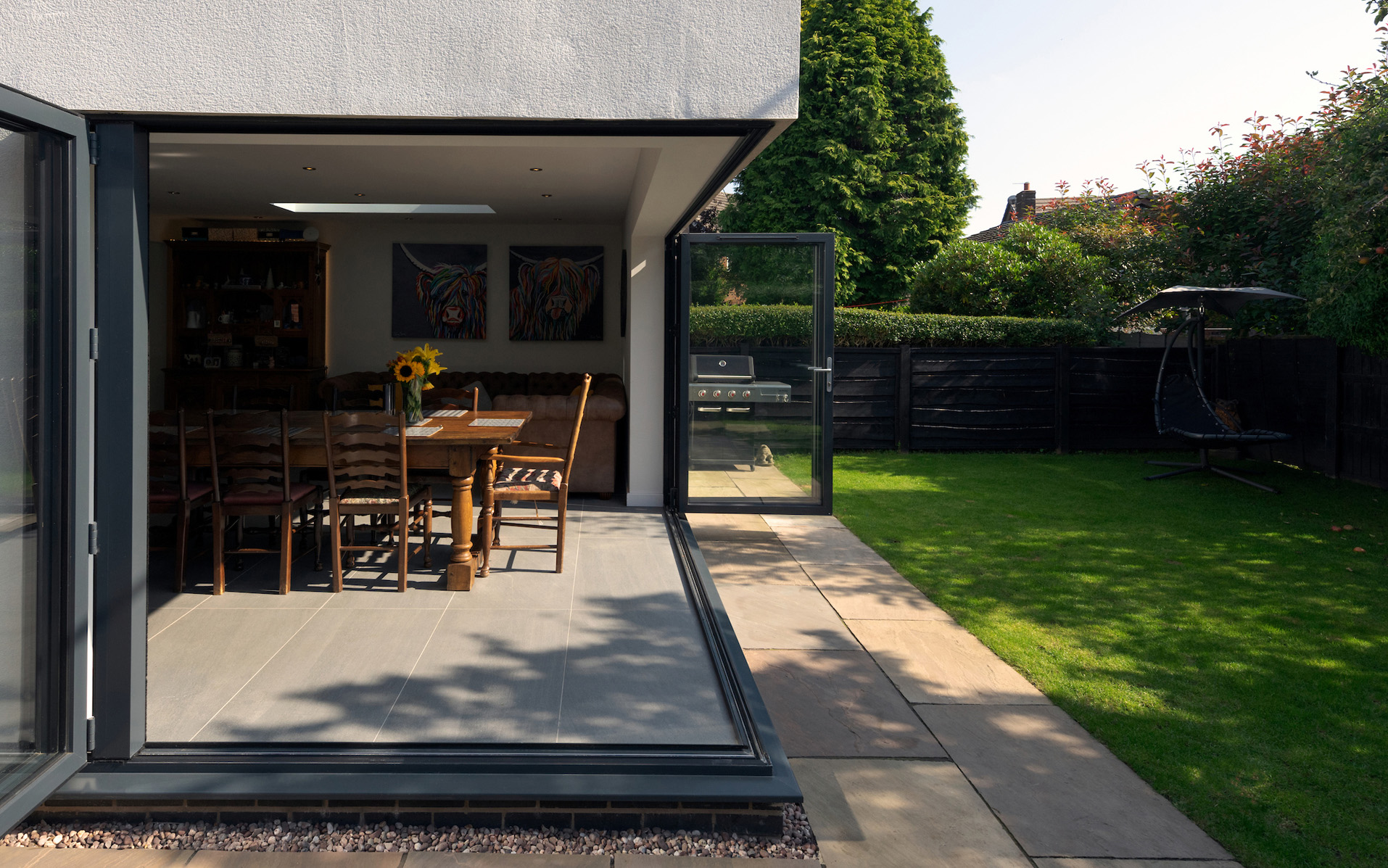 The parents of this family first moved into their home with their 2 young children. Over the years they became a family of 7. They love their house, their street, the schools the children attend and the area they live in, so despite needing more space as a family, moving was not an option. Although the house had been extended previously by converting the garage and building a new bedroom over, the ground floor layout was particularly poor. A small kitchen with a small, awkwardly-shaped conservatory was not serving the family’s needs. Initially, we explored a 2-storey rear extension but this was knocked back by the local authority due to the house being situated in the Greenbelt. We responded to this by designing a dormer loft conversion under permitted development rights to provide 2 additional bedrooms. The ground floor extension conceived as a pure white cube finished with crisp render, accommodates a sociable, open-plan kitchen-living-dining space where the family can comfortably spend time together. Free from a vertical support, the cantilevered corner of the cube can be fully opened to allow a seamless threshold between the inside and the garden. 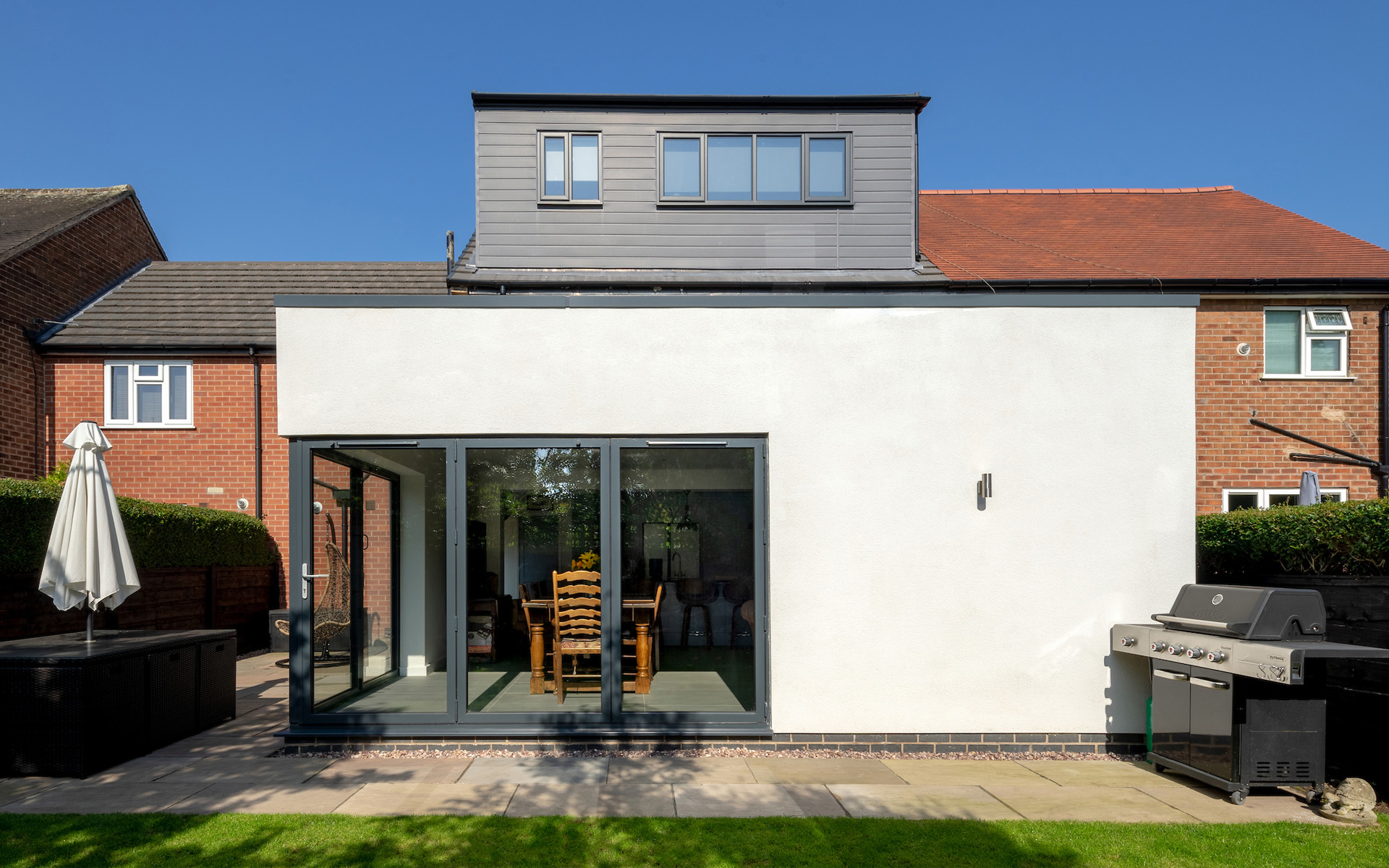 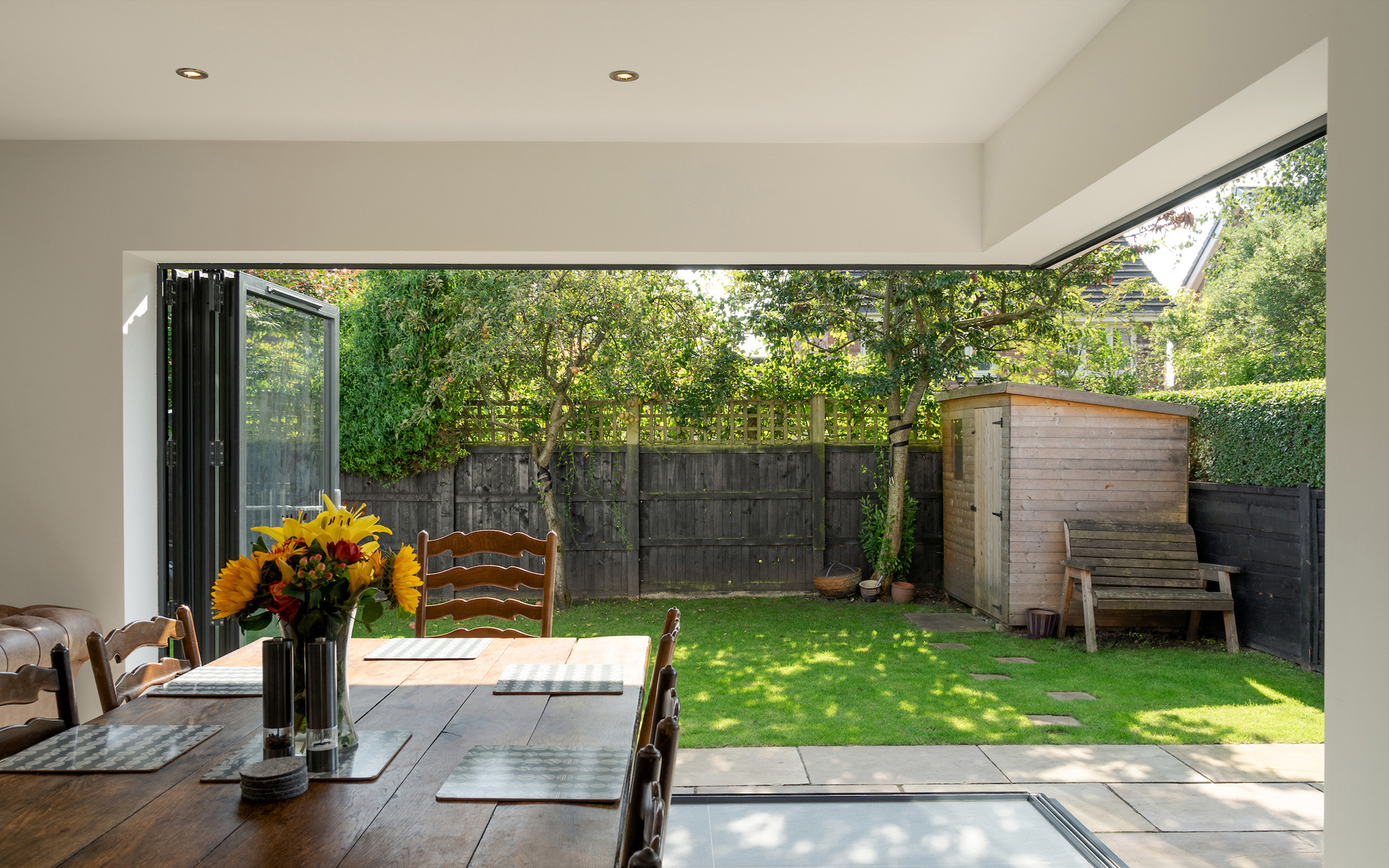 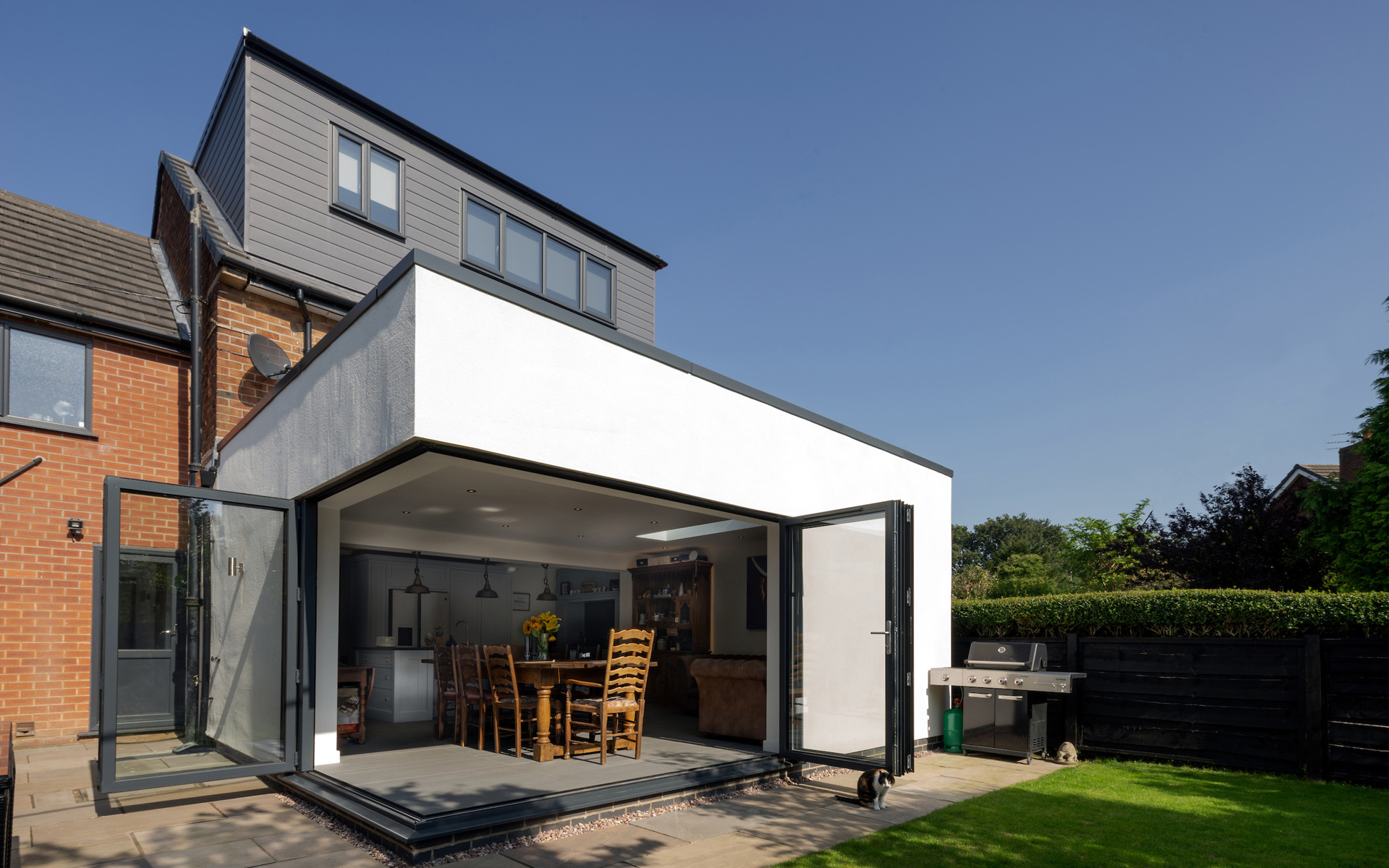 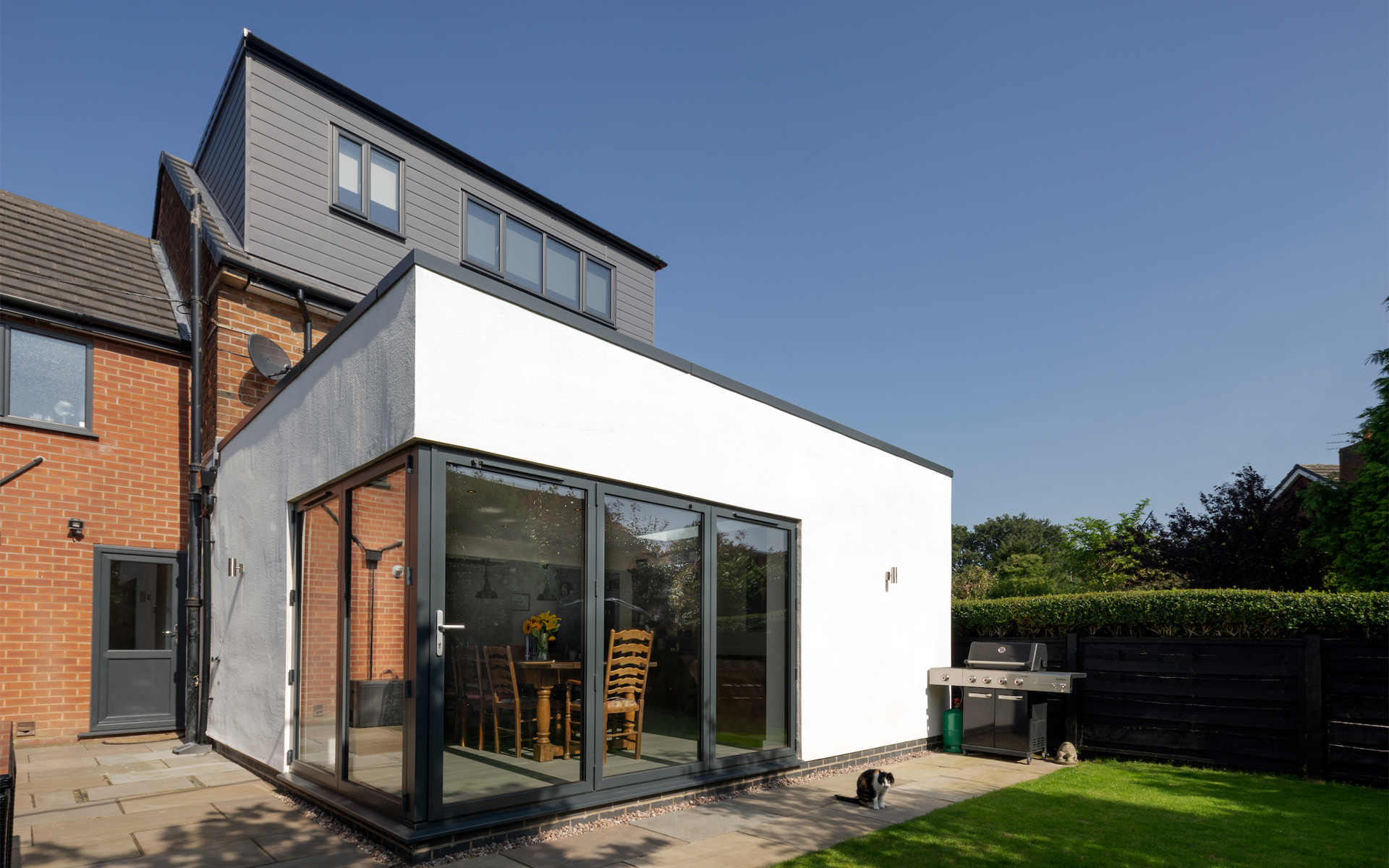