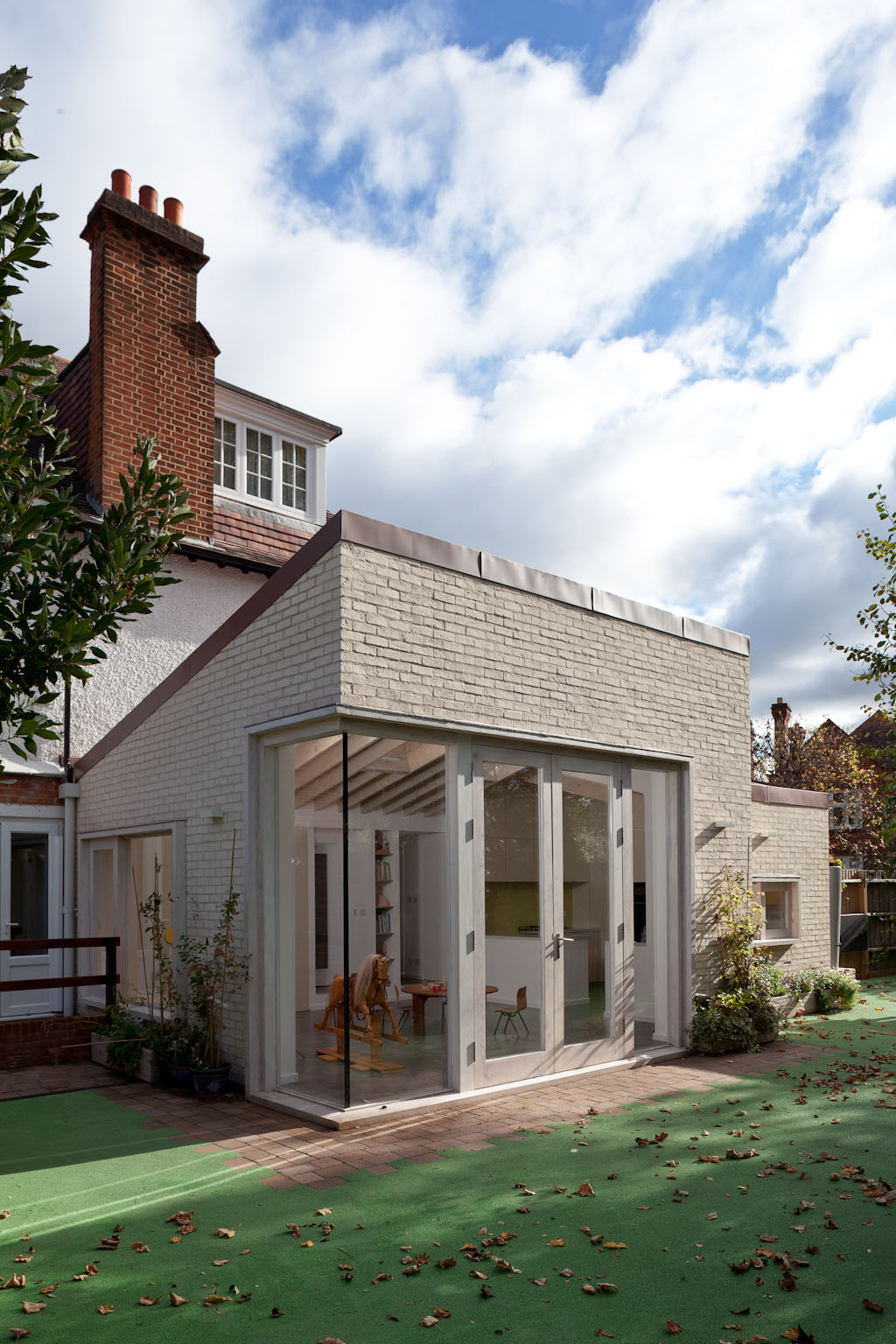 The corner site, at the junction of St. Matthews Avenue and Chamberlain Way and delimited by a garden with mature trees, is located in a tranquil and leafy area of Surbiton in Surrey. Located in the north-east cusp of the site, the large two-storey Victorian suburban villa, with the Children’s Nursery on the ground floor and the residential quarters above, is being extended by FPA to improve the internal layout and provide additional floor space for a dedicated kitchen and a canteen with multifunctional quality. FPA has developed a proposal for a side extension to replace a derelict garage, conceived as a subordinate addition to the host property. It is made up of two separate volumes facing Chamberlain Way: the smaller one accommodates the kitchen and the primary one the canteen. The two volumes - rectangular in plan and both with a mono pitch roof - are set back from one another and are rotated so that their roofs slope in opposite directions, allowing the primary space to have the highest ceiling facing the playground. The architectural language adopted draws inspiration from Froebel’s gifts and wood blocs. A would-be architect who pursued education as a profession instead, Friedrich Froebel believed that playing with blocks gives fundamental expression to a child’s soul, with blocks symbolizing the actual building blocks of the universe. Although predominantly screened by existing boundary treatments and mature vegetation, the new brick building initiates a dialogue with the buildings at the opposite end of St. Matthews Avenue that employ similar materials and roof design. 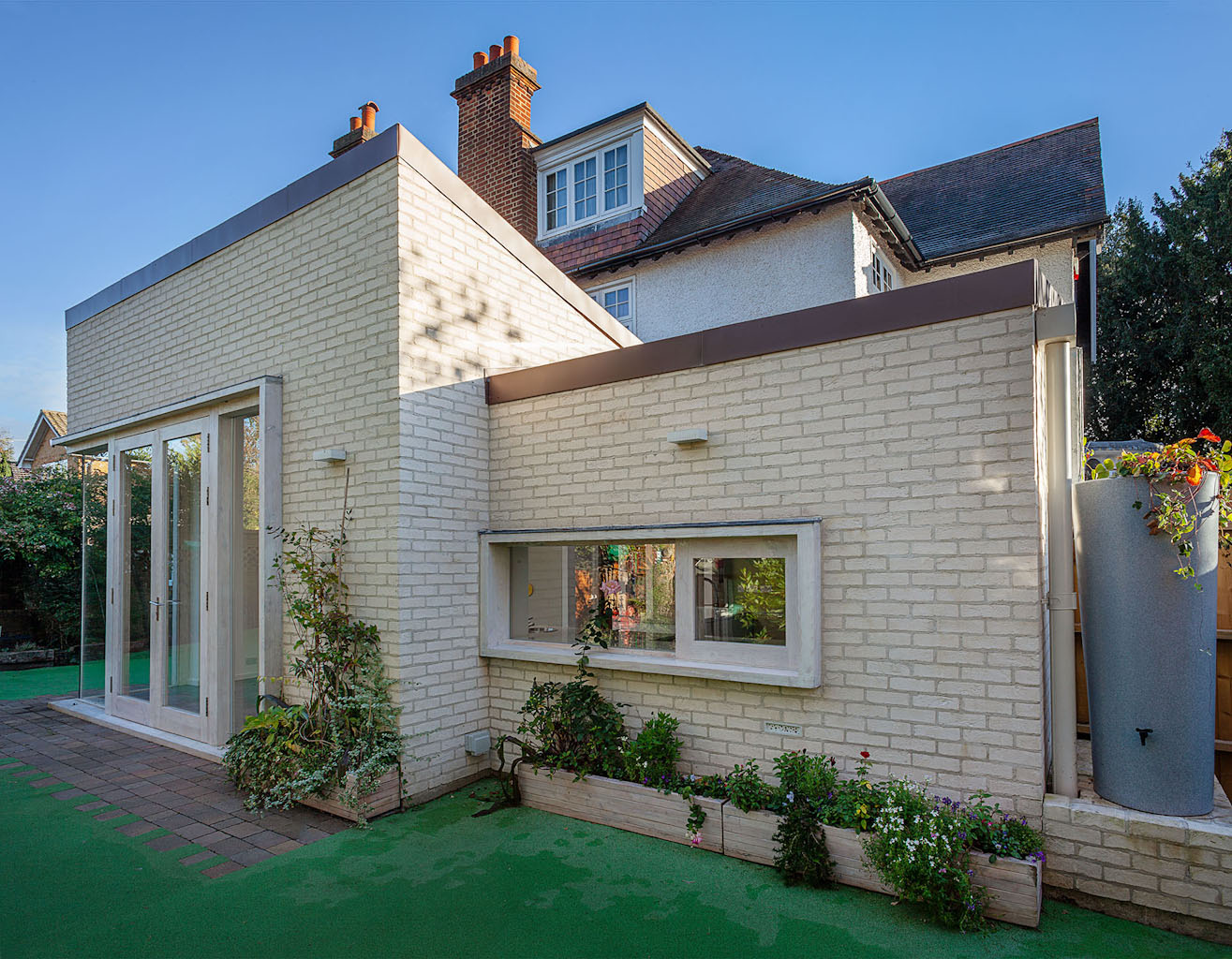 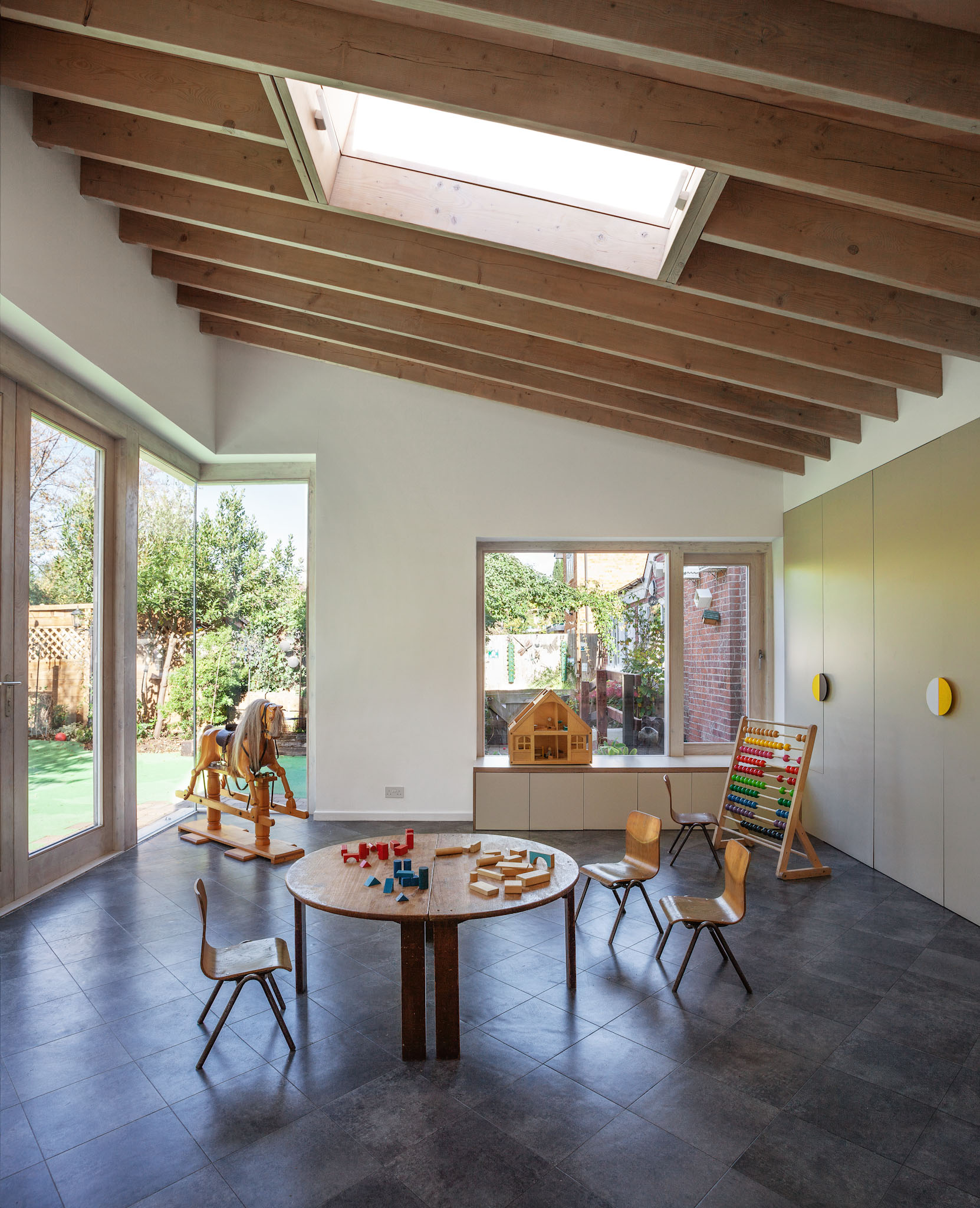 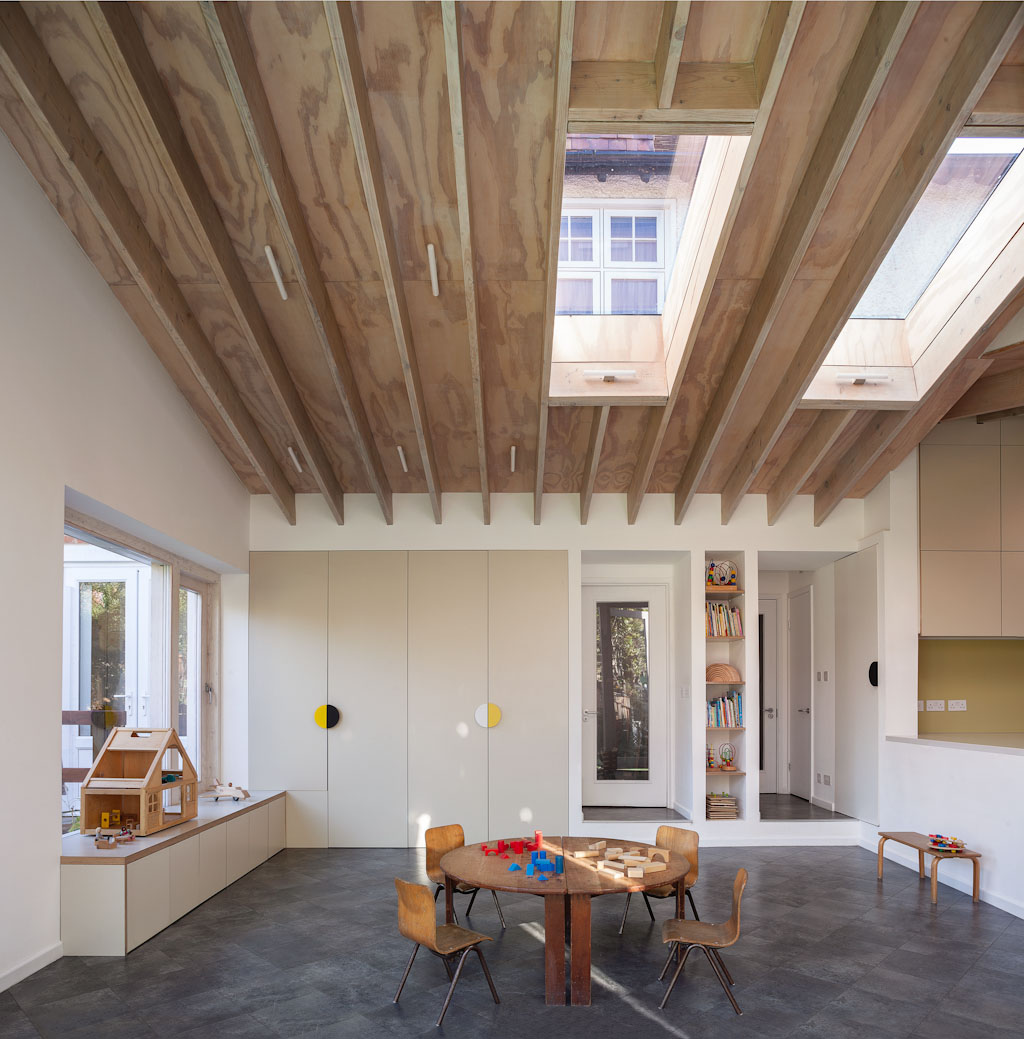 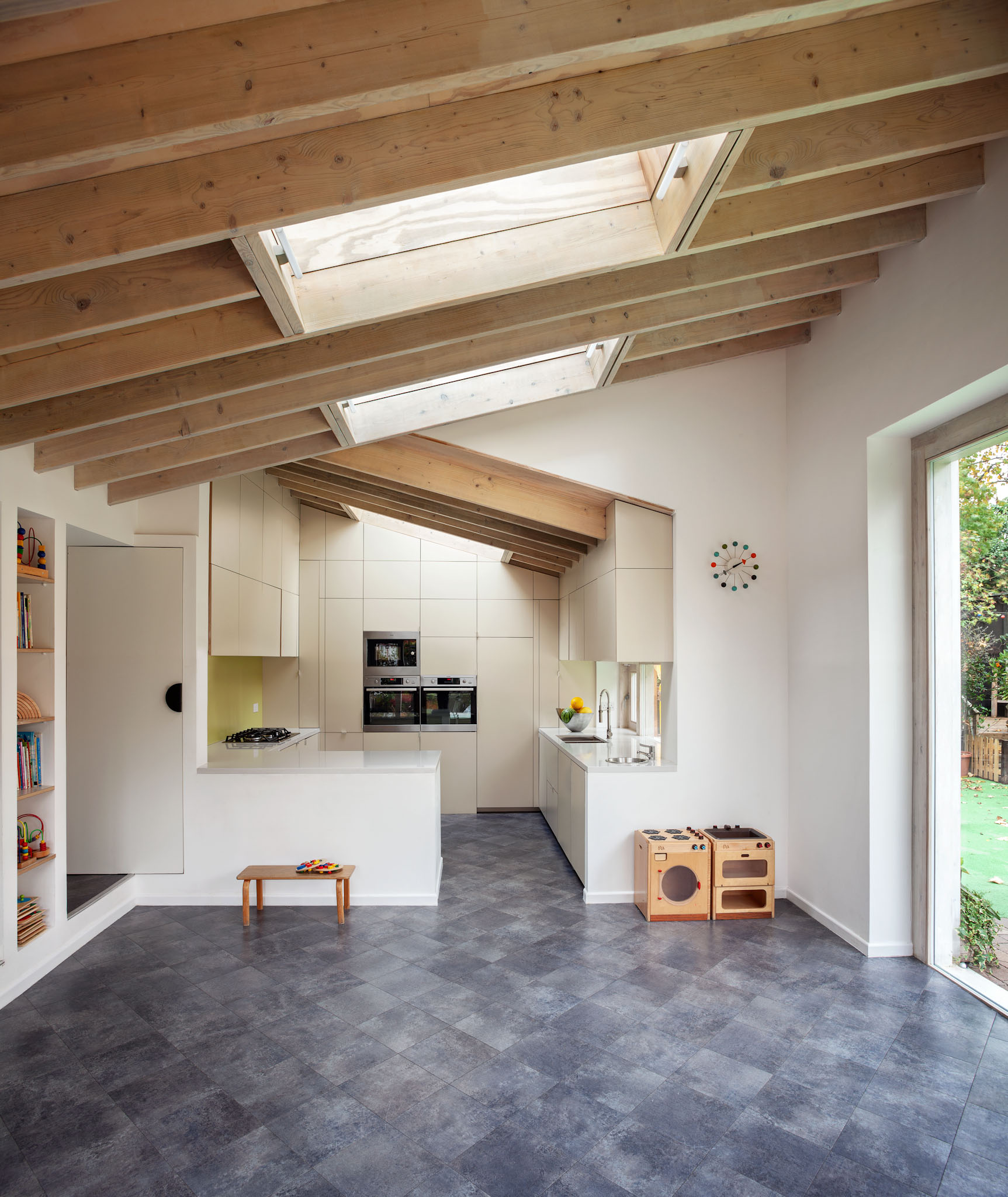