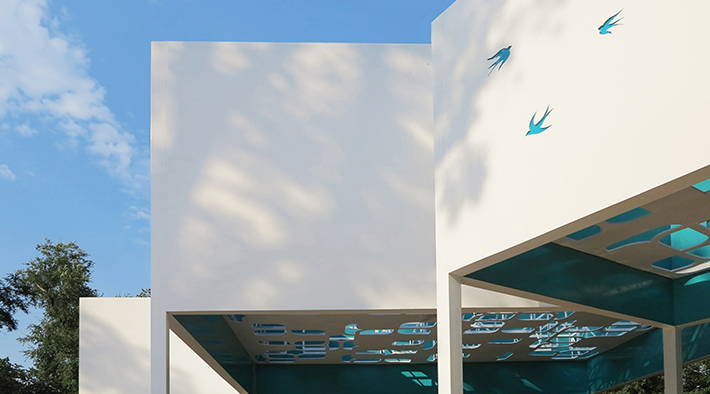 Artbat Fest is an international festival of contemporary art partnered by the British Council, the 2014 edition of which occupied a number of previously empty venues across the city of Almaty in Kazakhstan. We were invited to create a central focus for the initiative on a vacant, wooded plot in the city centre. At first we experimented with a space made up of different parts but, with dialogue as a guiding theme for the festival, we eventually brought these elements together to make a steel-framed, painted plywood pavilion which could be inhabited in a huge variety of different ways. Almaty is thought to be the place where apples originated and, despite being completely open, the pavilion has the effect of a sheltering apple tree, its cutwork soffits dappling the light below. Around fifteen thousand people visited Artpoint during the three-month festival, working, playing and performing in the curtained platform areas protected by the pavilion. 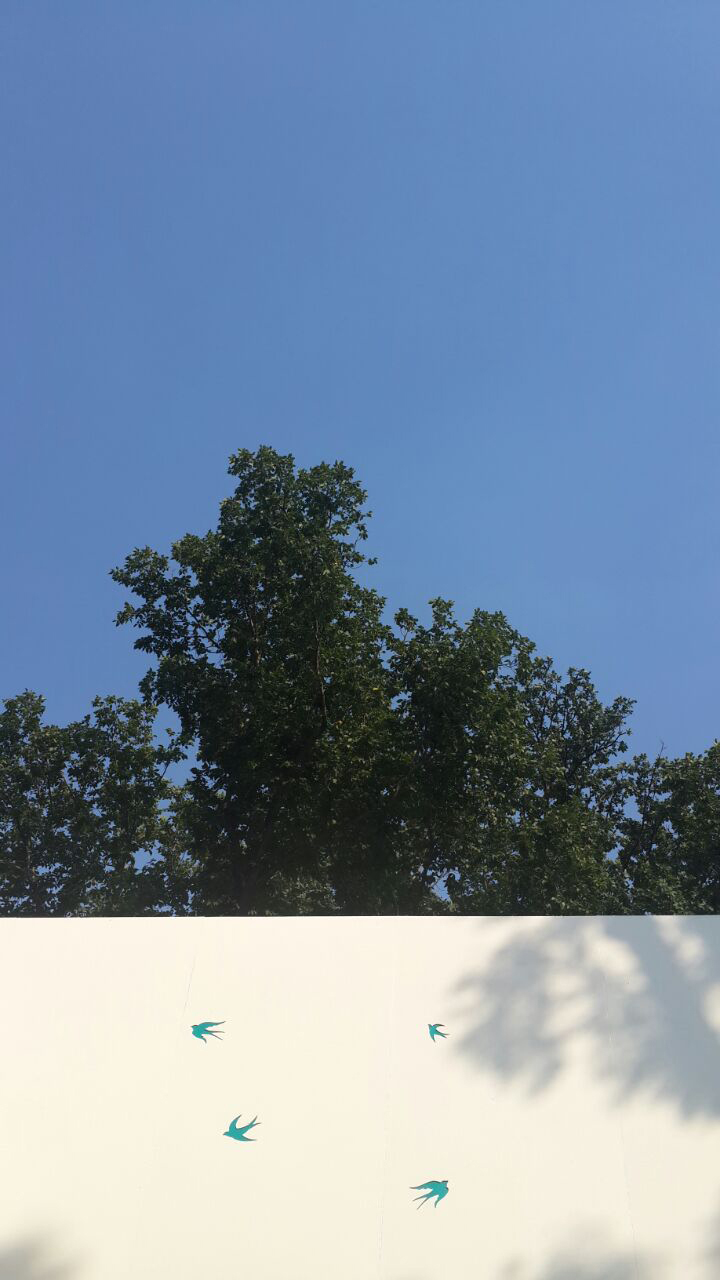 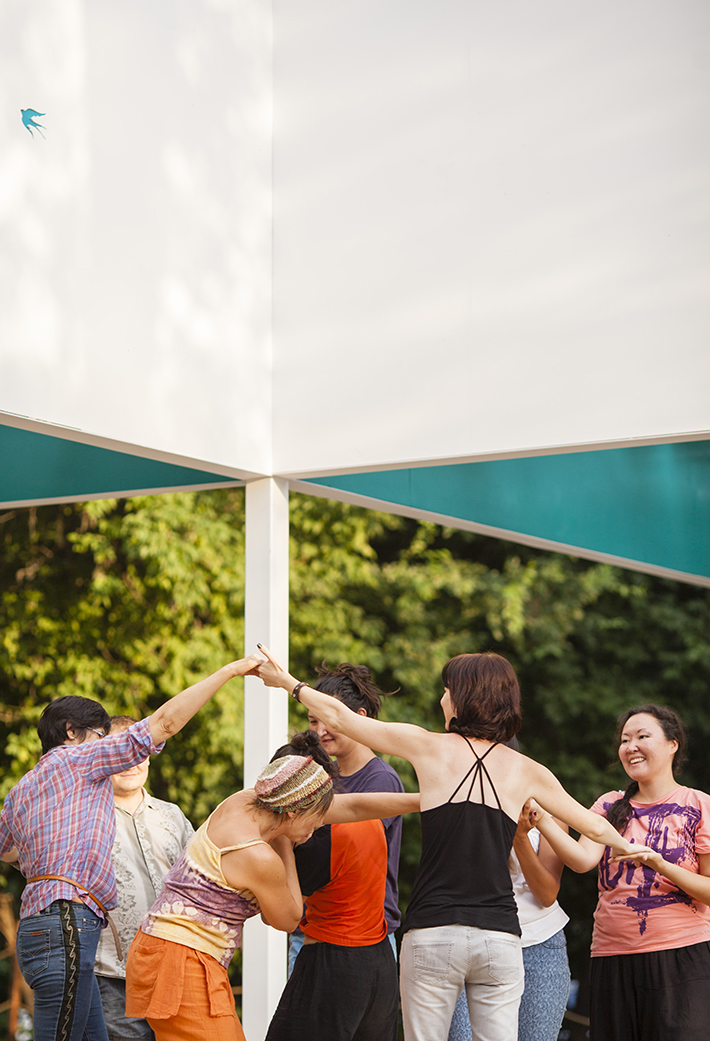